Gen-Y Lawyers are Changing the Face of Entrepreneurship

Gen-Y Lawyers Are Changing The Face Of Entrepreneurship

If you haven’t figured it out by now, entrepreneurship is growing. Thanks to Gen-Y — those born roughly between the early 1980s and the year 2000 and affectionately known as millennials — a new standard for future businesses is being set. According to the Kauffman Foundation’s recent report, since 2014 the rate of entrepreneurship has increased over 14% with more than 500,000 new businesses created. This trend is even more prevalent in the western and southern parts of the United States where startups accounted for more than 80 of every 1,000 employer business.

In a separate 2015 study published by Deloitte, 54% of Gen-Yers surveyed reported that they either launched or planned to launch their own businesses by the end of the year. A hat tip goes to the technological innovations that continuously lower the barriers of entry to business ownership. Now that Gen-Yer comprises one-third of the United State’s workforce (a number expected to reach three-quarters of the workforce population in 2025), it’s time to give entrepreneurship a second look.

Gen-Y says: Out with the old – In with the new

The traditional career path of going to college (grad school optional), landing your first job, working your way up the corporate ladder, and retiring after twenty years is no longer enough. Gen-Yers want more and are setting out on their own to get it. Their entrepreneurial spirit, tech-savviness, and desire to do meaningful work makes them less likely to stay in a job that provides none of those things.

Remember, this is also the generation that entered the workforce during the worst recession since the Great Depression. They witnessed job scarcity in industries and careers traditionally considered to be safe. Despite the pejorative that Gen-Yers are “snowflakes in need of safe spaces,” they are pragmatists who understand that job security in 2017 is a misnomer. Ask anyone who graduated from law school between 2008 and 2014 how their post-graduation plans were derailed. Many of them were forced to either take low-paying positions or hustle to open their own law firms. Entrepreneurship became the only means for some law graduates to survive.

Growing up in the digital age has resulted in Gen-Yers becoming the most educated generation ever. Flooded with information to learn and do practically anything, new industries have emerged that were once not even imaginable. Businesses wanting to attract and retain Gen-Y employees have to be concerned with more than simply offering a competitive salary or health benefits. Employers must offer Gen-Yers an opportunity to do work that aligns with their passions, offers flexibility in the scope of work, and provides collaboration and mentorship. Unfortunately, traditional industries like law practice haven’t caught up with the changing trends. The old guard still believes that the risk aversion inherent in most attorney personalities will keep them tied to the billable hour.

I hate to burst your bubble, but entrepreneurship is for everyone – especially Gen-Y lawyers

Contrary to popular belief, lawyers are inherently entrepreneurs. Gen-Y lawyers are painfully aware of the fact that there is no guarantee a law degree will lead to a six-figure salary. But they also know that the law will always be a necessary part of a society no matter the industry. There is an increasing number of law school graduates choosing not to practice law but instead applying their analytical and legal skills to entrepreneurial endeavors.

Mastering soft skills like self-discipline, productive personal habits, and attention to detail transitions easily between the courtroom and the boardroom. The ability to absorb a large quantity of complex information, understand it, and explain it to a layperson is a highly marketable skill. The number of “lawyer-turned (fill in the blank)” stories are proof of the growing trend that Gen-Y lawyers need, want, and are ready for more. Ask yourself, “If I weren’t limited to stay in my current law practice, what would I do?” If I haven’t scared you off yet, follow up with this: “What would I do if I started over?”

Don’t be late to the party

They say that success occurs when opportunity meets preparation. What if I told you that since the day you received your law degree, you have been preparing for entrepreneurship. Don’t believe me? Aren’t you keeping up with current trends, court decisions, and legislation that affect your industry (and possibly your clients)? Aren’t you going to bar association events, networking power lunches, and law school reunions to dish with fellow members of the bar about your recent cases?

You may not have known it at the time but you were building your credibility in the legal community. How is that any different from networking with a targeted audience of business owners in industries you want to work with?  It is never too late to reset your focus. Mix it up with the people doing things you aspire to do. But you can’t make this shift without first removing the roadblock between your ears.

Entrepreneurship is an emotional rollercoaster that rewards drive and punishes timidity. Be prepared that there will be times that you will attempt something that ultimately fails. Have the right mindset to pivot away from failure (after you learned a valuable less from it) and try again. Tenacity is key and so is patience in working the process of transitioning to the entrepreneurial mindset. You’ll want to implement every system, idea, and vision that’s been incubating in your head for years immediately. But remember, focusing your execution on getting a few details right incrementally will lead to less headache, heartache, and stress.

Ever see a one-year-old baby try to run before they’ve mastered standing? You’re probably thinking, what gives? The first part of this blog says, “every Gen-Yer is becoming an entrepreneur and I should too,” and now you’re telling me to go slow? Absolutely. Sometimes the heart is willing but the circumstances on the ground require patience. The process of leaving your current day job to start your own business will be daunting at times. Breaking down your ultimate goal into manageable bites will make the process more efficient. And you will be less prone to fits of frustration and rage.

Build on each success no matter how small

Sometimes the smallest victories are the sweetest. They let us know we are on the right path. They give us the extra boost we need to keep going. Find things that you are interested in doing and start doing something with that interest. For me, it was website design and online marketing. For you, it may be legal technology or public speaking. Your legal background is an excellent foundation from which you can launch into just about any industry. It’s up to you to spend some time asking yourself the tough questions.

Were you that person in law school who didn’t understand a case, but was afraid to ask? In the realm of entrepreneurship, you cannot be afraid to ask questions. You will never know what doors will open when you do. Sometimes the hardest thing for a lawyer to do is to admit they don’t know the answer to a problem. Lawyers are trained to answer questions and find solutions but there are times where the solution doesn’t appear easily. Entrepreneurship will lead you down that path until you’ve become more seasoned in your experience. So why not lean on those who’ve been there, done that, and bought the t-shirt.

No person is an island onto themselves. Other people have experienced the same fear of leaving a well-paying job. They can help you get through it. You’ll never know what to do next in your career until you have time away from the daily grind to think about what entrepreneurial success looks like. Plenty of entrepreneurs who quit their stable jobs with no job lined up went on to be a success. They asked the right questions, took that leap, trusted their process, and reached the level of success they wanted.

So, are you ready to join other Gen-Yers and build your business? Get started today! The world is waiting. 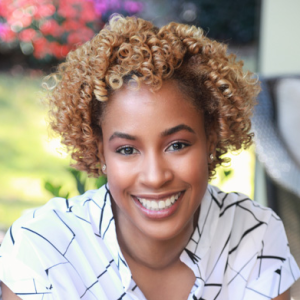 Since I can remember, I have always enjoyed challenging myself to never be confined to one industry or career. Stepping out of my comfort zone and pushing myself to learn new skills has been a staple of my personality and my approach to life. My absolute favorite part of what I do is interacting with new people and learning more about their businesses and interests.

I help clients do more than set up a website. I help them launch their businesses. I am there for my clients before, during, and after the launch to be a resource to them. My goal is for my clients to see a return on their investment of time and financial resources. It is not enough for me to create a beautiful website for my clients. My costs are directly related to what I believe it will take to reach my client’s goals. This may mean that companies like [insert low-cost company name here] will undercut me with lower prices, but I’m okay with that. Often times their fees eventually surpass mine once you add in all the elements that I provide wholesale.

Growing your online presence from scratch takes time but when done correctly will generate great returns. I am a firm believer in transparency with my clients and want them to truly understand what it means to work with me. So, here’s to trusting the process and taking client’s businesses to the next level.

Check Out My Favorite Things For Business 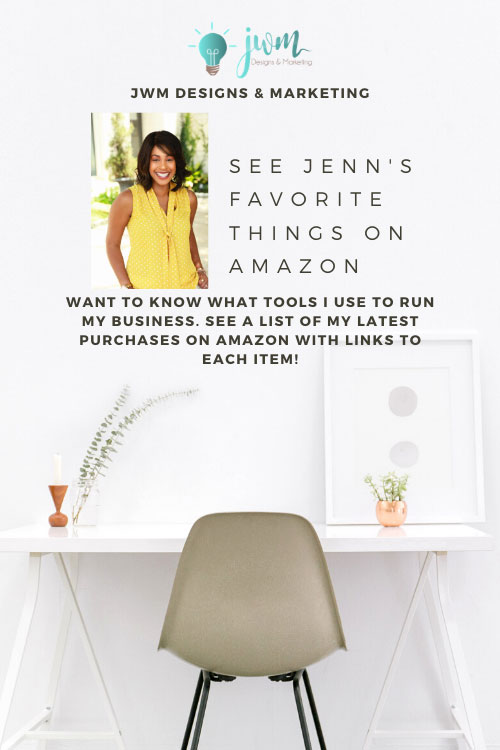 Stay In Touch On Social Media

Check Out Our Other Posts